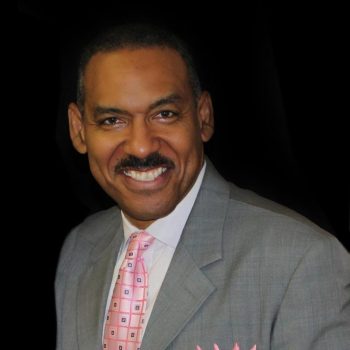 Apostle Von Peaks is a native of Columbus, Ohio. He has enjoyed 31 years of marriage to his lovely wife Terri and is the father to one daughter. He was raised in church and came to full surrender to the Lord in 1986. He received the in-filling of the Holy Spirit the following year along with his call to the ministry. He currently chronicles over 29 years in ministry.

He is a graduate of Columbus Public Schools and went on to attend the Ohio State and Franklin Universities of Columbus and focused on electrical engineering and business. He left these to become a graduate of the Gospel Lighthouse School of Ministry, the Ohio Diocese School of Biblical Theology, both of Columbus, Rocky Mount Christian Bible College of North Carolina (Bachelors of Theology) and Tabernacle Bible College and Seminary of Tampa Florida where he received his Doctorate of Religious Philosophy.

In 1996 he founded New Destiny Ministries where he served as Sr. President and Pastor. New Destiny Ministries hosted as a Christian Businessman’s Association, and also an Inner Office Chaplaincy Program which placed ministers in the work place as Company Chaplains. In April of 1997 he founded New Destiny Christian Center (a non-denominational Christian Church in Columbus, Ohio). He currently resides in Dallas/Fort Worth, Texas, and has birthed Good News International Christian Center, a multi-cultural church in Arlington, TX.

Dr. Peaks also covers and oversees a host of other Pastors and ministries apostolically in various nations and states through his Global Apostolic Network [Good News Ministerial Network] – GNMN where he servers as Presiding Apostle.

He is an author and has further served as chairman of a Christian Community Development Corporation in Ohio, a non-profit agency specializing in low-income housing and education. He currently serves as a Member of the Board of Regents for the Triangle Bible College of Durum N. Carolina and has also served as an academic board member and assistant professor for the Vision Christian Bible College. His has served as an adjunct professor to Christ For the Nations Institute (CFNI), Dallas Texas, a past steering coordinator for the Ohio Prayer Breakfast, and the Lord has allowed him to challenge and witness to men and woman of various stations in life; from the streets to collegiate classrooms; from those Incarcerated to the commerce world and the corporate board rooms; to those who occupy governmental seats and to a thousands in stadiums.

Civically he currently serves as Chairman of the Community Relations Commission of Arlington, Texas. He has met and prayed for leaders of Nations, anointed Judges, served as spiritual council to heads of local government. He and his wife Terri are business owners and Terri also ministers and serves as Co-pastor in the DFW- GNICC Church. They have ministered in various denominations, diverse congregations, ethnicities and nations and are witnesses of the Lord’s Global Heart and Touch. Von Peaks Ministries serves to Connect the Church, Touch the Nations and Advance the Kingdom.